The plant species of Hazarnoe Forest of District Malakand, Khyber Pakhtunkhwa, were evaluated floristically from April 2016 to November 2017. Of the total 240 reported plant species, 38 were monocots, 196 dicots which belongs to 85 families and 188 genera respectively. Poaceae was the leading family contributed 20 species.  Family Asteraceae contributed (14 spp.), Lamiaceae (13 spp.) while Papilionaceae and Solanaceae each with 10 species. Of the total plant taxa perennials were 161 species compared to annuals (73 spp.) and biennials (06 spp.). The dominant growth form was herbs that contributed (108 spp.) followed by trees (50 spp.) and shrubs (45 spp.) respectively. Phanerophytes were the dominant life-form (92 spp.) whereas leaf size spectrum of microphyll was reported as abundant in the overall floristic. Phanerophytes and microphyll leaf size was the dominant life forms which show typical climate of subtropical region governing the area. Conclusion of study was that the vegetation of the area is under heavy biotic pressure and need proper conservation. 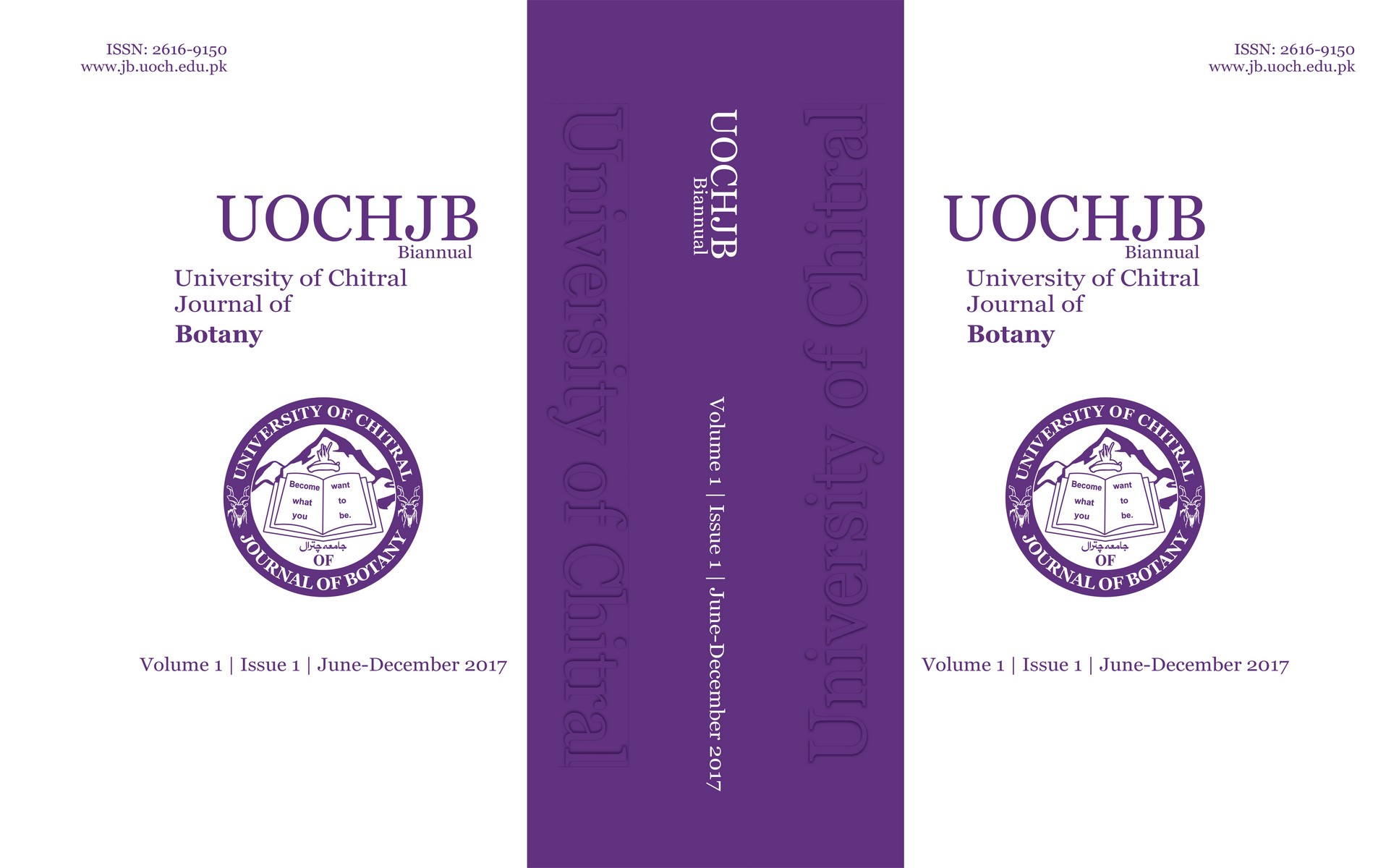